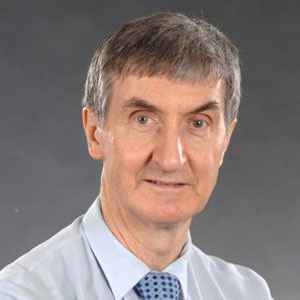 Dr William G Campbell is a graduate of the University of Glasgow, where he obtained a BSc (Honours) in pathology and an MB, ChB medical degree (with Commendation). His initial post-graduate training in internal medicine, cardiology and intensive care was undertaken in Glasgow, Dallas, Texas and Melbourne and during the early part of this period he was admitted by examination to Membership of the Royal College of Physicians of the United Kingdom (MRCP UK)

He completed his ophthalmology registrar training at the Royal Victorian Eye and Ear Hospital (RVEEH) in Melbourne in 1985, followed by Fellowships in vitreoretinal surgery, medical retina and ocular oncology in Melbourne, Moorfields Eye Hospital in London and the Tennant Institute in his native Glasgow, before returning to Melbourne in 1988.

Dr Campbell has been a consultant on the Vitreoretinal Unit (VRU) at RVEEH since 1989 and was appointed Head of Unit in 2000. Under his leadership the VRU has developed into the largest and most innovative vitreoretinal facility in Australia, with ten consultant surgeons and an internationally recognised training fellowship in vitreoretinal surgery.

His areas of specialty interest include all aspects of surgical and medical retina, such as retinal detachment, macular hole and diabetic retinopathy, as well as the management of ocular tumours of the posterior segment, in particular choroidal melanoma. His innovations include a much simplified approach to surgery for giant retinal tears and the establishment of photodynamic therapy as an effective non-surgical treatment of amelanotic melanoma. He has been instrumental in the introduction of fine gauge instrumentation for vitrectomy surgery at RVEEH, where it is now established as preferred practice, and developed a rapid fine gauge method of removing high density silicone oil from the vitreous cavity. For many years he has promoted the idea that face-down posturing after macular hole surgery is unnecessary and is the sole vitreoretinal surgeon in Australia with expertise and experience in the technique of endoresection of choroidal melanoma.